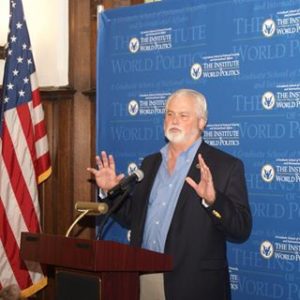 Sam Faddis is a retired CIA operations officer, published author, and national security commentator.  In addition to writing, speaking and teaching, he consults for the U.S. military,  U.S. government and private industry.  Sam graduated from The Johns Hopkins University and the University of Maryland Law School.

Sam is a frequent contributor to SOFREP.com, NewsMax, and The Hill among other publications and news organizations.  Sam has appeared on OAN, Fox News, Fox Business News, CNN, Frontline and The History Channel as a national security and counter-terrorism expert.

Sam led the first CIA team into Iraq nine months in advance of the 2003 invasion of that country. After serving abroad in the Middle East, South Asia and Europe, he served as head of the CIA’s Counter Terrorism Center (CTC)’s Weapons of Mass Destruction unit charged with pursuing terrorist weapons of mass destruction programs worldwide. He has run large organizations, worked across the U.S. Intelligence Community and the Department of Defense and been involved in national security matters at the highest levels of our government. He has also spent more than his share of time running sources and covert action campaigns in the field.

Prior to joining CIA, Sam was a U.S. Army Armor and JAG officer (Captain), and then served as an Assistant Attorney General for the State of Washington.

Sam is the author of “Beyond Repair: The Decline And Fall Of The CIA” and “Willful Neglect: The Dangerous Illusion Of Homeland Security.”